What is CBN & Why is it So Popular? 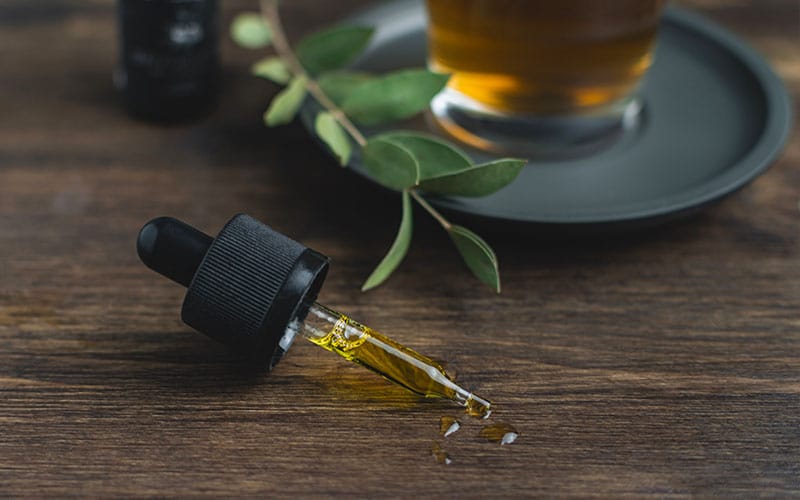 With more and more states legalizing marijuana for medical and recreational use, we have seen a lot more accredited researchers jumping on the cannabis bandwagon. For years now most of the cannabis researchers focused on only two of the main cannabinoids in cannabis, Tetrahydrocannabinol (THC) and (CBD). A cannabinoid is a specific chemical in marijuana that causes drug-like effects, and of course, it’s the THC that is the most predominant, due to its effects on the nervous system. However, CBN is only beginning to get the attention it deserves.

What a lot of folks don’t know is there are between 80 and 100 cannabinoids in marijuana, a lot of which haven’t even been studied yet regarding their medicinal effects on the human body. These cannabinoids are why researchers get so excited when it comes to the possible medical uses for cannabis. It may take decades for science to fully understand what effect each and every cannabinoid has on the nervous system and the human body as a whole. Now, we’re beginning to see another cannabinoid called CBN take the spotlight. CBN may even soon begin to overshadow both THC and CBD in popularity.

A Brief History of Cannabis Research

In 1964, the Research Institute of Pharmaceutical Sciences (RIPS) by the University of Mississippi, was established to discover and develop new drugs from primarily natural sources. The research conducted at the RIPS facility was also aimed at helping the University of Mississippi Industries to enhance their contributions to the economy of the state. The RIPS center’s studies included the botanical, pharmacological, and chemical properties of the cannabis plant.

Right around this same time a professor at the Hebrew University of Jerusalem, Raphael Mechoulam, determined the chemical structures of both THC and CBD. This discovery is what sparked the global scientific interest in the properties of cannabis and its medical uses. Professor Mechoulam gathered numerous honors and awards throughout his illustrious career due to his discovery, including the Israel Prize in Exact Sciences, the NIDA Discovery Award, and the Harvey Prize of the Technion.

Between the years 1968 to 1970, the Program Committee of the National Institute on Mental Health (NIMH) offered a contract to provide standardized marijuana for researchers. Several world-renowned doctors joined this research program, spurned by the discovery of Professor Mechoulam. It was at this time the very first government-sanctioned plot of marijuana came to be using seeds from Mexico, Afghanistan, Southeast Asia, and Mexico. An additional plot of experimental marijuana soon popped up in Southern Mississippi to assist with the RIPS program.

In 1970 congress passed the Controlled Substance Act, making marijuana a Schedule-1 drug and in 1973 Congress established the Drug Enforcement Agency. Congress then agreed to make the DEA the lead agency for the Controlled Substance Act. Fortunately, this did not stop the marijuana program as by 1976 as the outdoor cultivation activities for research proposes continued to expand as the program became well known internationally.

By 1995, and with the marijuana program having survived Ronald Regan’s “War on Drugs,” the National Center for Natural Products Research (NCNPR) was established under RIPS with the goal of improving human health through the discovery, development, and commercialization of purely natural products. In 1996, California was the first state to legalize medical marijuana with Proposition 215 by a margin of 56-44. After that, more and more states began to legalize marihuana for medical and then recreational uses. The University of Mississippi RIPS program was not the only mainstream cannabis research initiative, but it was one of the most influential.

The Discovery of CBN

CBN (discovered by Thomas Wood, W.T. Spivey, and Thomas Easterfield) was actually one of the first cannabinoids to be isolated from cannabis. In 1899 they obtained a molecule from a sample of charas, a form of hand-rolled cannabis resin. (Wood, 1899). They found that CBN cannabinoids had psychoactive effects in doses as low as 0.05g. They also found that cannabis plants don’t create CBN naturally, it results from the degradation of cannabis during drying, storing, and consumption of cannabis products when it is exposed to oxygen.

Then, in 1940, CBN was first isolated and purified from cannabis. It was determined at this time that CBN was not as strong as THC in its psychotropic effects. In fact, one could only really feel the effects of CBN when consumed intravenously.

CBN is basically a milder version of THC but with some of the very same medical effects as THC. Unlike CBD, which is entirely non-psychoactive, CBN in large doses can produce just a mild psychoactive reaction. Studies show CBN displays sedative properties that can be used to treat insomnia and other sleep-related disorders as well. Research in mice has shown that CBN can prolong sleep time. Also, some research into CBN has shown that when combined with THC the sedation effects are more amplified than when using THC alone.

According to some studies, CBN shows promise as a pain reliever. CBN has properties that influence the activity of neurons that are sensitive to capsaicin. Capsaicin is an active component in chili peppers. You may have heard of it before. It’s a common ingredient in many juice and health food cleanses. It’s also used in many over-the-counter and prescription pain relievers. These nerves that are sensitive to capsaicin are vital to the body’s pain signaling and pain perception functions.

CBN May Be an Antibiotic

CBN has also shown that it has the ability to be an effective antibiotic. A 2008 study showed that CBN, along with CBD, is even effective when treating antibacterial infections such as MRSA. (Giovanni Appendino 1, 2008). CBN has also shown characteristics showing that it could be used as an anti-inflammatory drug as well. Scientists are working to better understand how the human endocannabinoid system affects the immune system and how cannabinoids such as CBN can be used in a therapeutic role.

Will CBN Be Able to Help Cancer Patients?

One of the most exciting studies currently in progress looks at the effects of CBN used to treat cancer. There is very promising preliminary evidence that CBN may have direct cancer-fighting capabilities. Cannabinoids including CBN are being studied for their ability to slow or stop the growth and spread of cancer cells. CBN was one of several cannabinoids found to reduce tumor size in one form of lung cancer. Also, CBN has displayed some qualities that actually stimulate the appetite, unlike the appetite suppressing effects of CBD. This makes CBN a great therapeutic option for cancer by this effect alone.

CBN is the Next Up-and-Coming Cannabinoid

Despite its discovery over a century ago, CBN keeps getting the cold shoulder. In comparison to THC or even CBD, CBN hasn’t had that much research done into it to date. However, just over that last year, the interest in CBN and its possible medical uses has skyrocketed. In fact, the market share and revenue for products containing CBN have hit the roof for adult-use marihuana retailers in the Western United States. Those sales have totaled more than 65 million in the past four quarters, and of course, California is the largest market.

Most CBN users are buying the infused edibles for the cannabinoids’ sleep-inducing effects, according to market research. The average consumer can normally feel the sleep-inducing effects of CBN within 30 to 180 minutes. According to Dr. Elizabeth Ardillo, Director of Medical Education at Green Thumb Industries, “We don’t want anyone to take a dose and after 15 minutes, take another dose because they’re not feeling any effects. Understanding how these products work is very important to ensure your health and safety.” Dr. Ardillo recommends that you wait for at least an hour for the effects of CBN to take effect before taking another dose.

CBN has become so popular because it appears to offer many different health and sleep-inducing benefits without the accompanying high of THC. Sure, there are a lot of us cannabis connoisseurs that just love that high, but there are also a lot of folks who just want to get some sleep, without getting high. CBN combined with small doses of THC has shown an accelerated sleep-inducing effect that has helped CBN become one of the fastest-growing and most popular cannabinoids on the market today.

Experience Premium Cannabis (aka EPC) is a homegrown cannabis product producer in Las Vegas, Nevada. We make solventless products that are good for people and good for the planet. Additionally, we embrace niches in the medical and recreational cannabis market that others ignore or reject. Temple ball hash fan? Concentrate connoisseur? Looking for a specific concentration of CBD and/or cannabis ratio tinctures? You got it!

Additionally, we care about quality and the effects our products have on people’s lives & health. Experience Premium Cannabis use only CO2 and ethanol extraction methods. We NEVER use butane or other petrochemicals to extract our oils. We want our products to be easy on the body and safe for our team to make. Furthermore, we care about our company’s impact on the planet.

As always, feel free to reach out to us with any questions or comments you might have. We’re here for you and we’re responsive to your needs. If you’d like to locate our products, check out our dispensaries list. You can also find out more about Experience Premium Cannabis on Leafly. If you’d like to place an order for your Nevada dispensary, check out our Leaflink product profile.

For Adult Use Only

Experience Premium Cannabis products intended for adults 21+ and over. Keep our products out of reach of children and pets. Furthermore, be smart about handling, use, and dosage. In other words, be vigilant. Keep yourself in check. Finally, enjoy our products responsibly and keep everyone safe.

You have Successfully Subscribed!